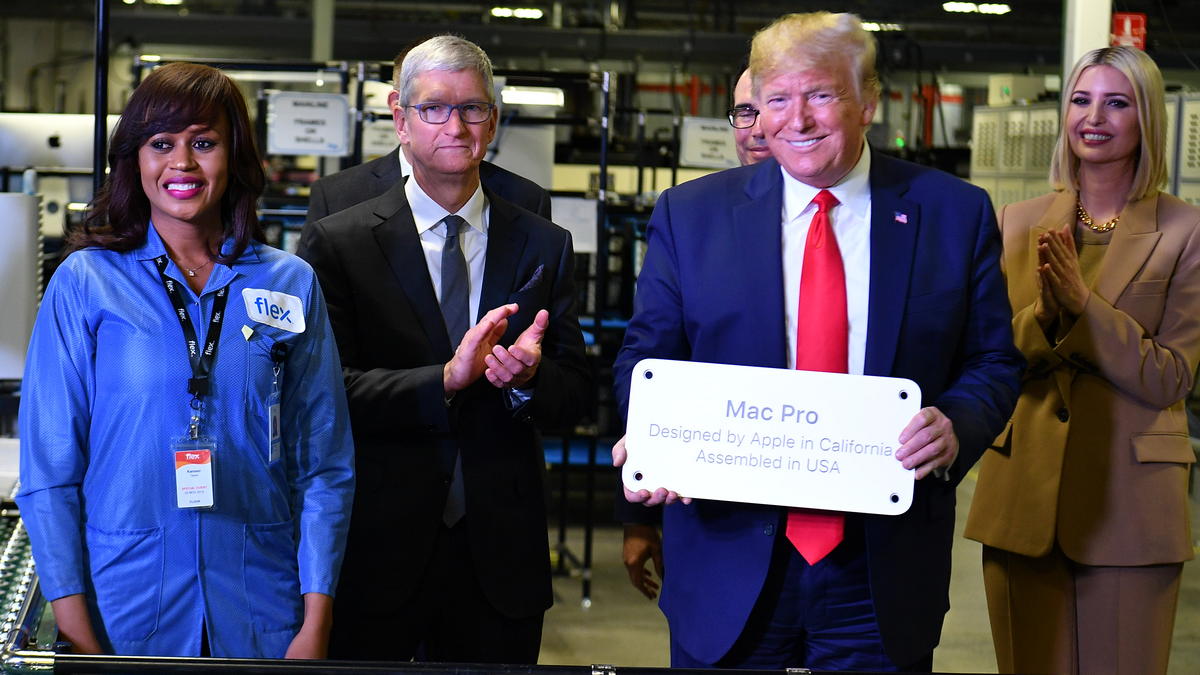 President Donald Trump got away from the impeachment inquiry in Washington on Wednesday and celebrated tech behemoth Apple keeping its Mac Pro computer manufacturing plant in the Texas state capital.

Trump’s visit follows Apple’s announcement in September that it would continue manufacturing the latest generation of the Mac Pro in Austin — a move that came once the Trump administration agreed to waive tariffs on certain computer parts made in China.

“When you build it in the United States, you don’t have to worry about tariffs,” Trump said, with Apple CEO Tim Cook standing by his side.

US tariffs are set to take effect December 15 on an additional $160 billion in Chinese products — a move that would extend sanctions to a wide range of consumer goods, including clothes, toys and iPhones.